Blog
You are here: Home1 / About Us2 / Blog3 / Interesting AV & graphics4 / In-store interaction with will.i.am 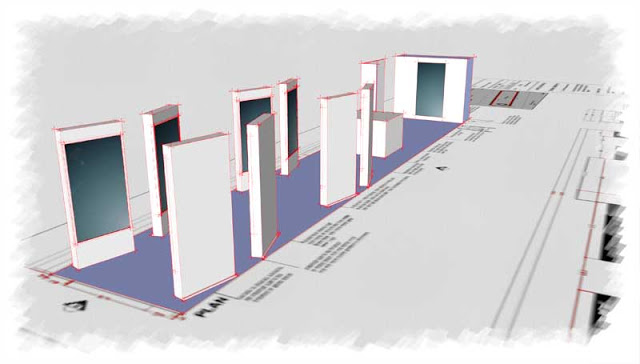 We have just been working with Selfridges and iam+ (a new company set up by Will.i.am) that has just launched a number of iPhone cameras. The idea was to have an alleyway of 8 portrait 65″ plasma screens, which had video loops of 8 celebrities standing beckoning the customers.

Each screen had a PIR sensor to detect the customer when they approached the screen; these are similar to the sensors that turn on your outside lights at home. When the PIR was triggered, we scripted the computers to cross fade and run a second video of the celebrity raising the new camera and taking a picture. As the customer walked between the 65″ screens, each screen was triggered in turn, so it appeared the celebrities were taking pictures of the customers: a reversal of the traditional celebrity / paparazzi role. Please see my previous post for the mosaic screen.

Sharing files in a taxi!
Scroll to top