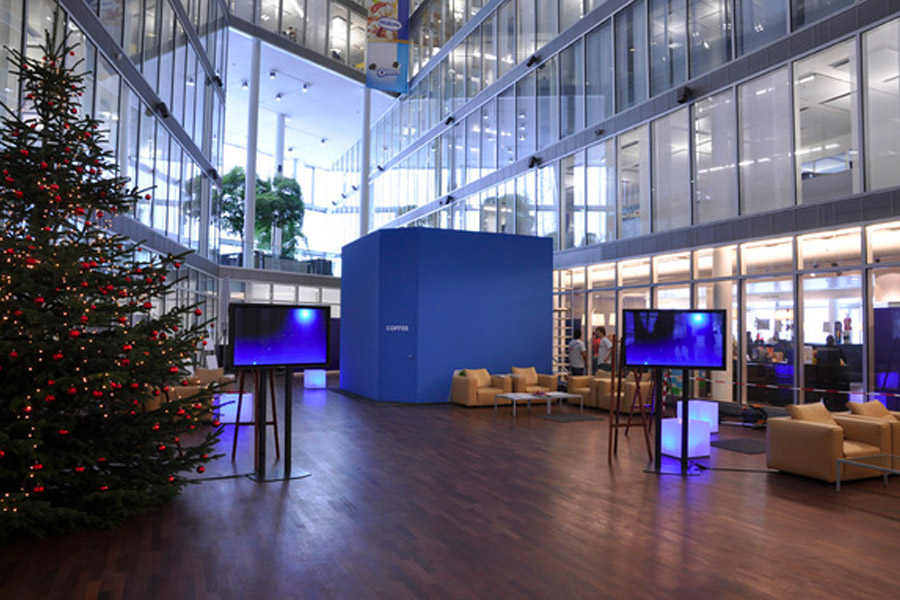 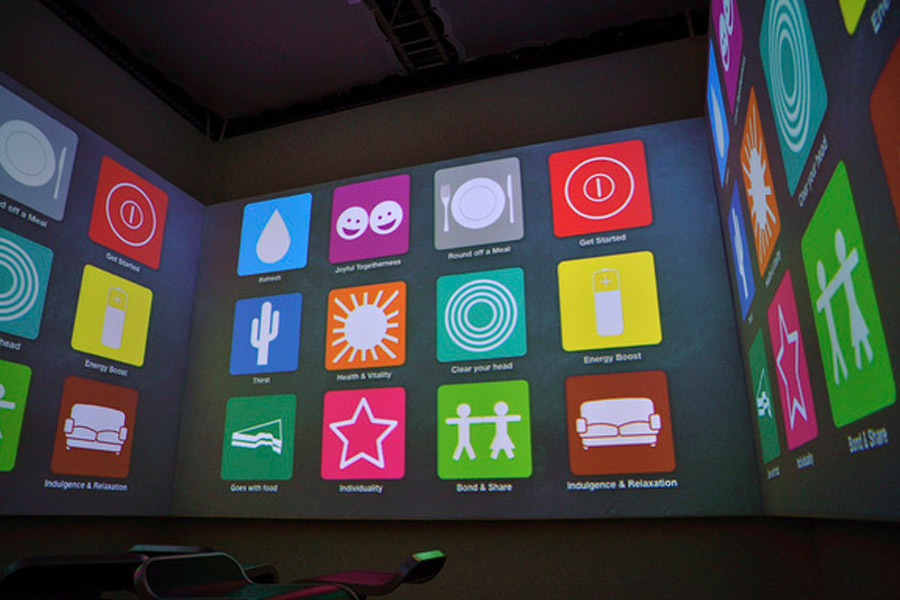 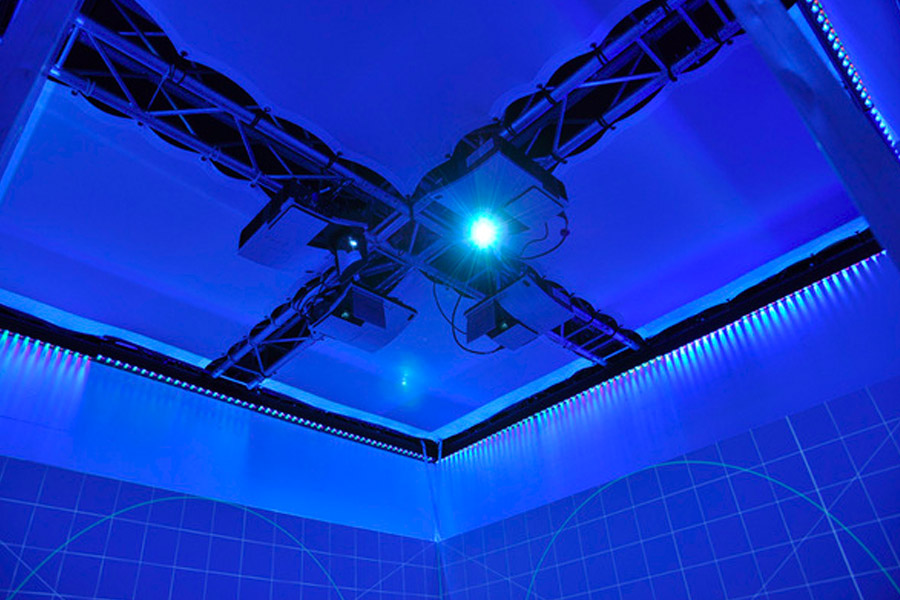 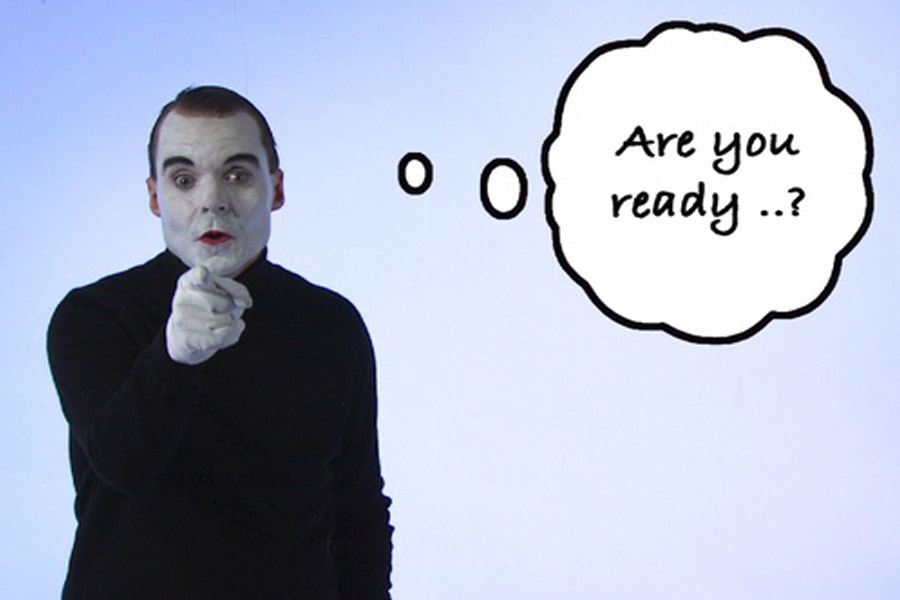 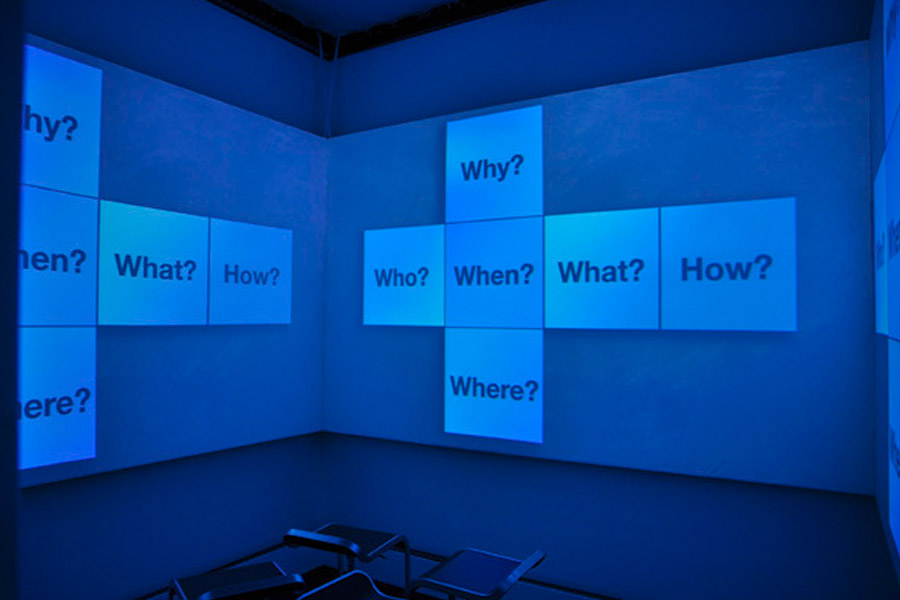 Working closely with Holmes & Marchant in Marlow, this project for Kraft Foods was the culmination of statistical research on the different moods and feelings associated with drinking coffee.

We were asked to design a portable cube for use within Kraft office environments, to communicate research findings to staff across Europe. We created an immersive cinema-type experience by front projecting onto the inside walls of the cube, surrounding the audience in a visual experience.

Participants sat inside the cube, donned wireless headphones and gazed at the ever-moving environment around them as they were taken through ‘Coffee Cubed’: a 16-minute experiential encounter. A combination of voiceover, animated graphics, mime and video was projected across all four walls. With four people at a time able to experience the presentation, over 200 people passed through the cube phenomenon during one day. Participants learnt about the triggers for drinking coffee, different ‘need states’ and where they could access the important statistical data for future reference.

360 Degree Projection
The projection specification was based on the Hitachi short throw CP-A100/. “Just how close the ultra short throw LCD projector can be to the screen is one of those things you have to see with your own eyes,” says Guy Ferguson, Technical Director of MultiMedia Plus. “The distance of 1m for a 3.5m screen just doesn’t hit the brain with quite the same impact as actually seeing it – virtually everyone who went into the cube did a double take. “Using Dataton Watchout’s ‘image distortion correction’, we were able to run graphics and video around the audience. LED lighting was also used to change the internal colour and mood of the cube to match the colours of the various ‘need states’.” 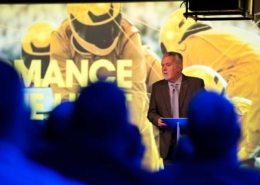 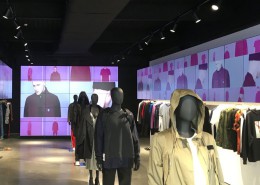 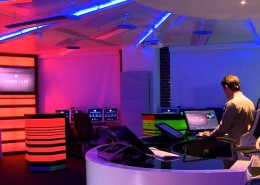 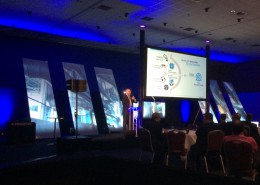 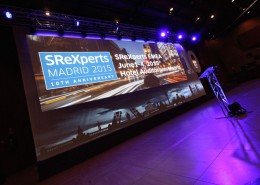 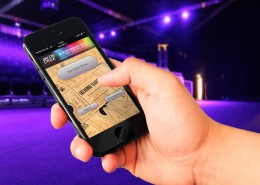 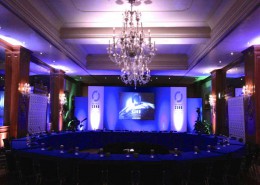 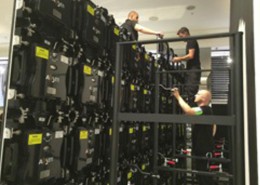 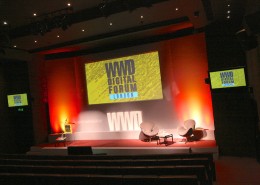 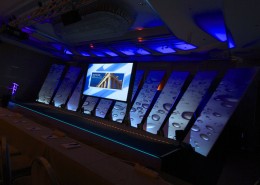 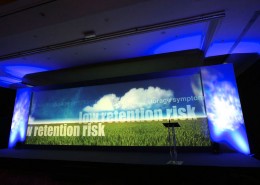 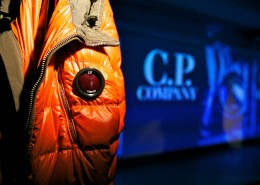 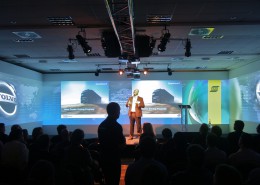 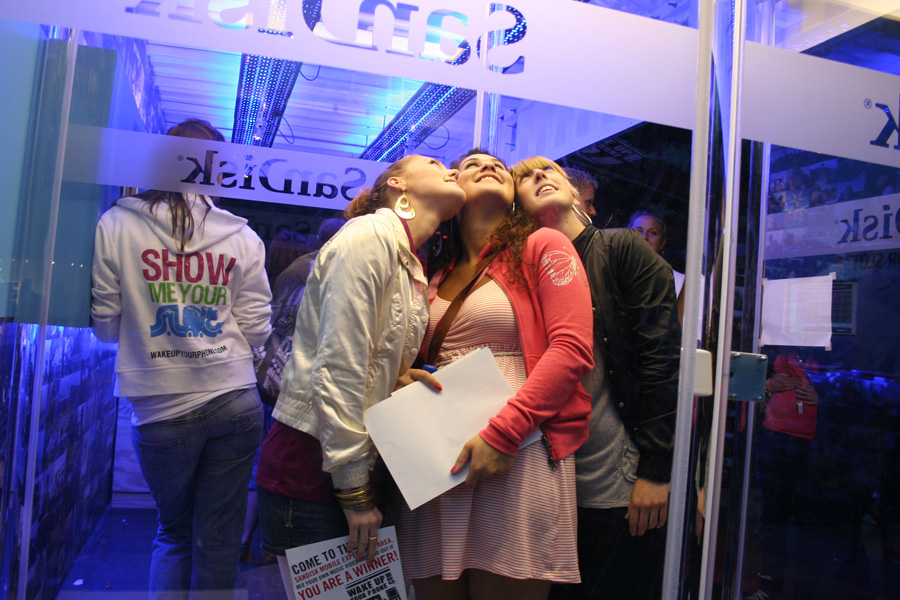 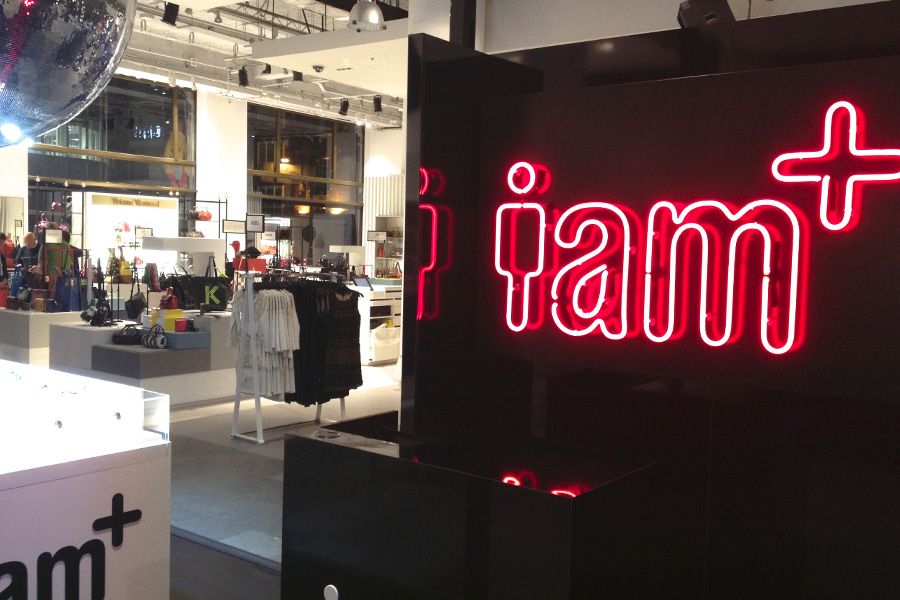 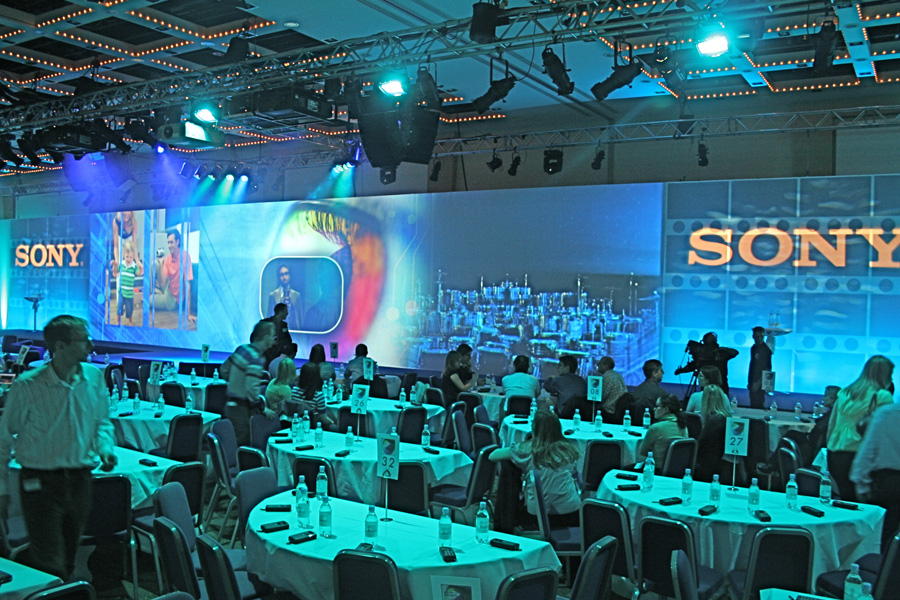