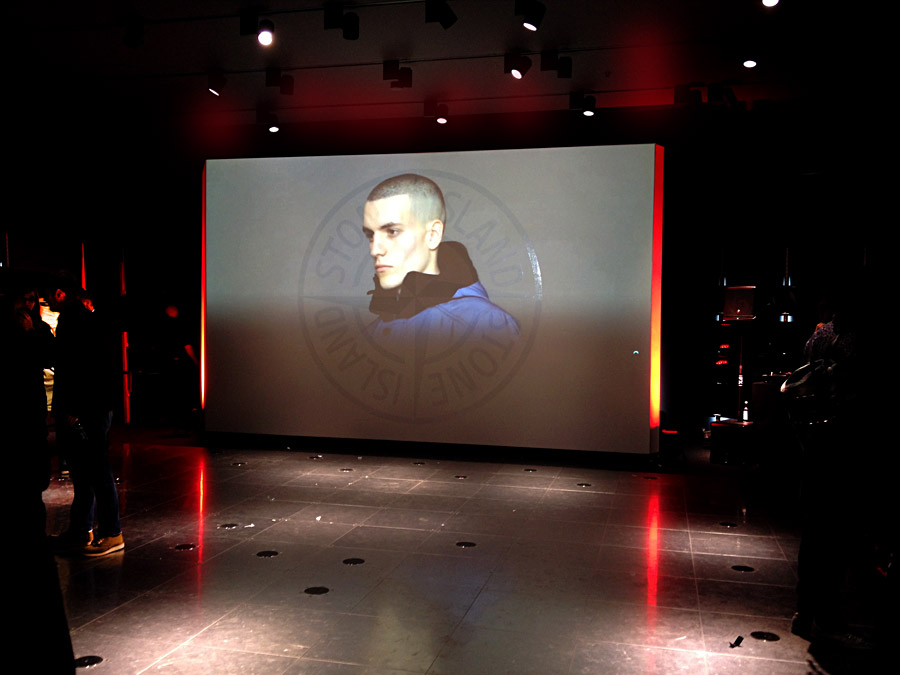 We were asked by Four Marketing to provide a focus backdrop for Arena+ magazine’s 20th anniversary party.

We used two high-power projectors, blended to make one screen for the party at Stone Island’s flagship store in London.

The content was produced with one of our Dataton Watchout systems, using 3 varying length time lines with video, photographs of magazine covers and advertisements. All 3 timelines were different lengths, so the program continually varied throughout the evening. The image was projected over a matt white background, with a gloss white vinyl Stone Island logo, which added another dimension to the final image.

The focal points was the projection, flanked by 2 high power LED uplighters. 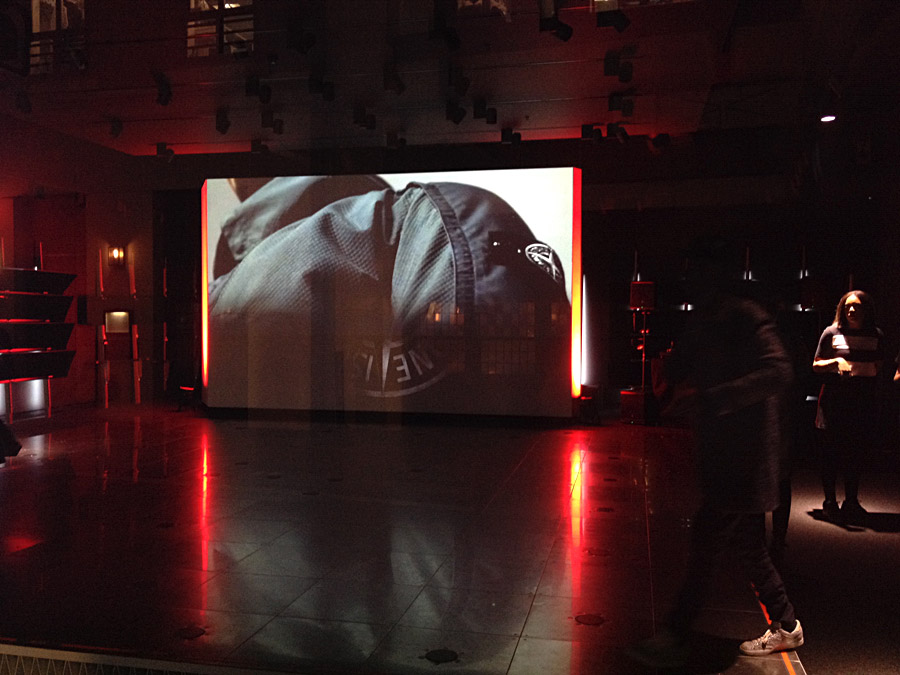